We’re headed for more blustery weather this weekend–the perfect opportunity to curl up with a good book. As it happens, John R. Platt (Echo Watch) highlights a few environmental titles coming out soon. Power Trip: The Story of Energy by Michael E. Webber sounds especially interesting. It won’t help us now, mind you, since it won’t be available until May 7, 2019. But something to look forward to is good, too.

You may have heard a thing or two about the Solar Foundation releasing their latest report on jobs in the solar industry; specifically, solar jobs were down for the second year in a row. That’s terrible news, you say. Not so fast. Ed Gilliand, senior director of the Solar Foundation, sat down with Clean Technica to explain why the report is actually quite encouraging. Here’s a preview: “One other reason for optimism is the expansion of ancillary business around the solar base. This year we started counting a new category of jobs as solar + storage, and found 3,900 jobs not counted in the 242,000 solar total. The solar + storage jobs were counted based on surveying storage companies. So we are seeing more related jobs that solar is helping to develop.” And just like that, lemons turn to lemonade . . .

Speaking of, Florida has greeted solar with something of a sour disposition–the sunshine state, no less! Thankfully, they’re beginning to see the light. “The utilities are putting out solar like you wouldn’t believe,” says James Fenton, director of the University of Central Florida’s Florida Solar Energy Center (The Christian Science Monitor). Perhaps there’s hope for Idaho yet.

One of the perceived “cons” of renewable energy is producing more energy than the grid can handle. This may soon be a moot point if Portland General Electric (PGE) and NextEra Energy Resources have anything to say about it. They have announced plans to create an “energy trifecta:” a wind + solar farm that feeds into its own energy storage plant (PV Magazine).

Lithuania is something of a go-getter: it’s one of the few European Union member states to have already met its 2020 renewable energy targets. But it doesn’t intend to rest on its laurels. The largest rooftop solar installation in the Baltic States recently went live in Lentvaris (Energy Manager Today).

Scientists from the U.K.’s University of Manchester have developed a flag that can harvest energy from the sun and the wind. When hoisted, it can generate up to 4 milliwatts (mW) of electricity–enough to power your mobile phone, for example (Science Daily).

That’s right you champions of renewable energy, fly that flag!

Now, for our disclaimer: Friday Field Notes is a weekly post about the goings on in (and possibly around) the field of solar. We simply link to news articles from the week to help you stay in the loop. While we try to stick with reputable sources, we cannot attest to the accuracy of each and every piece. Furthermore, the link and subsequent views and commentary are purely the opinions of the writers. They do not necessarily reflect the views of the company, nor should they be considered professional opinion, backing, and/or advice. 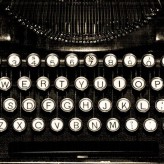 Resources to get you started

You can opt out at any time and we will never share your email address with a third party.